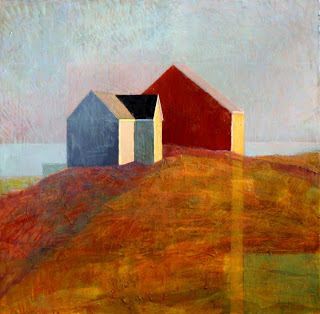 One of the largest obstacles we face as artists is our limiting belief system regarding art. We say we are constantly striving to become “better” artists and we often approach this task by rejecting work that doesn’t appeal to us and seeking out art that reinforces our idea of what is good, what is to be emulated in our own work.

I met a young man the other day, probably around 16 years old. When his mother learned that I was an artist, she remarked that her son had talent but that he had run into a couple of art teachers that had discouraged him and that now he hardly drew at all anymore. Our first instinct is to condemn the insensitive art teacher, but my first thought was “well, if that is all it took to deter him, he might as well find another profession, for he is certainly going to run into more obstacles than a few discouraging teachers.” But of course, I didn’t say that. As a teacher myself, I was curious. After talking with the young man a while, I discovered the same blocks that subvert us all. He had already decided that he “knew” how and what he wanted to draw and didn’t want teachers telling him what to do. He was more than likely afraid of potential failure if he tried out the unfamiliar, the risk was too great. In reality, I am sure the teachers saw some raw talent that would have benefited from some rudimentary exercises that would continue to improve his drawing skills. They wanted to give him more tools, perhaps some color theory, maybe a few projects he didn’t find instantly pleasing or relevant for what he had already determined was important for him. At 16 he had already closed the door to what was foreign to him, the risky unknown. He had already limited his ideas to his narrow definition of what “he” liked to do. But I say that to limit ourselves to what we like is extremely limiting. I love it when people remark, “I don’t know much about art, but I know what I like” because the truth of that statement is really “I like what I know” and in reality I “know very little”. We can only expand what we know by inviting the stranger in. The more we open ourselves to the unknown, the more we discover there is to know, and that takes a certain amount of courage.

When we were infants, we responded to the familiar: our mothers face, a favorite blanket, or a favorite food. We loved it because it was familiar and comfortable. We rejected the things we didn’t like because we didn’t understand their potential value, they were foreign. Surely this analogy can be extended into many areas of life. It is a handicap we all share and I am no exception. We all like what we know, it is comfortable. In art, we recognize something that we have been taught is “good” or we have seen and appreciated before perhaps in a “master” work. But the flip side of that is that we often condemn what we don’t recognize – what is foreign and unfamiliar to our senses. The paradoxical nature of being an artist, a creator, is that we are often in search of the new. In fact, every great movement in art or artist that has endured 100 years after deceasing to exist discovered something new that was at first rejected because it was unfamiliar. People “liked what they knew” and on the flip side, hated what they didn’t recognize.

In Jonah Lehrer’s book “Proust was a Neuroscientist” he has a chapter about Igor Stravinsky. He talks about the first time that his music for the ballet “The Rite of Spring” was performed. Stravinsky wanted to create a “new” sound, one unfamiliar to his audience. One that challenged the way they thought about music, one that didn’t simply pander to the audience’s expectations. As the music began to build with clashing tensions and merciless momentum the audience began to scream and a riot ensued. They couldn’t bear the unfamiliar. They rejected the noise that was pretending to be music. According to Lehrer, “for the audience, Stravinsky’s new work was the sound of remorseless originality”. The crowd was expecting more of the familiar. “With The Rite Stravinsky had announced that it was time we learned something new”.

This is the take away. Our minds are more like plastic than stone, we can adapt to new ideas, we can accept the stranger in and eventually he may become an old familiar friend. In the case of music, neuroscience now knows that “our sense of sound is a work in progress. Neurons in the auditory cortex are constantly being altered by the songs and symphonies we listen to. Nothing is difficult forever”. I would extend this analogy to all art. We expect certain color harmonies, patterns, etc. We are taught to recognize the ones that are “pleasing”. When we come across an artist that challenges these norms, we revolt; it goes against everything we “know”. Eventually, given time, if we are willing to engage with the stranger we may see the innovation and learn to appreciate a new way of seeing.

So, what I hope to inspire, is that when we are faced with a new idea about art, or we see someone that has created something we don’t understand, or we are given advice by an instructor that just feels incredibly foreign – we can learn to suspend judgment. We can instead try it on for a while, let it sink in and simmer. It may never resonate or it may at some unexpected point in time cause us to say “aha, now I see”. To condemn the foreign is to shut the door to potentially expanding what we “like”. We must accept that our definition of art is always growing and expanding. Growth in this field depends on letting in ideas that may undermine our current beliefs. Beliefs are limiting and continuing to reinforce them will only limit the potential of art. The more we allow in, the more choices we have which in turn can make the decision process more difficult, but it is through the difficult choices that the largest reward comes.

Now, the catch, the more we expand and discover, the less familiar our work will become to others. Our work may become unpopular as fewer and fewer people have journeyed the same path as you so fewer will recognize anything familiar. Always remember that popular art certainly doesn’t equate with good, meaningful art, but it sure makes us feel good when we are popular! When our work becomes less popular, our self-esteem may plummet as well. But not if we remind ourselves that people “like what they know”. Hopefully people will take the time to get to know your work, and when given the opportunity we can help educate them. If one is sincere, and continues to work in a heart felt meaningful way, there will always be those that will recognize that sincerity, we must just be patient.